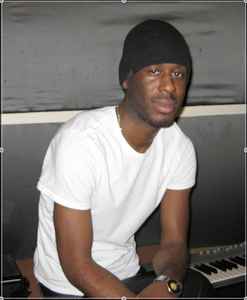 Real Name:
Tesfa Williams
Profile:
Dj Dread.D is a west london based producer with his root's buried in Jungle, Drum & Bass and Garage. At the age of 13 he began music production/Djing but it wasn't until he was 18 that he would have his first release on the Black Ops record label.
You can now find him producing under the name of T.Williams and Deep Teknologi doing styles such as Dubstep/House/Post Garage Fusion
Sites:
MySpace
Aliases:
T.Williams
In Groups:
Black Ops (3)
Variations:
Viewing All | DJ Dread D
DJ Dread, DJ Dreddy, Dj Dreadd, Dread D, Dread D (Black Ops)