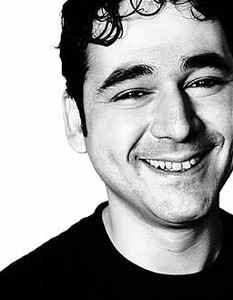 Real Name:
Phivos (Phill) Iatropoullos Sebastiane
Profile:
Born November 29th 1972 Edmonton London. Son of a tool maker (precision metals) / inventor / pilot and step father was a Greek singer in London, Greece and Cyprus and both were a lover of chess. Phivo's father worked for Dagenham Fords motor plant in the 70's as a chief engineer and they lived in Aveley Essex for Phivo's early years. Mother worked for various corpoorate companies such as British American Tobaco, Nestle, etc and was a freelance journalist for a Greek newspaper as she knew a few of the old school Greek singers and also an interpreter for the police at one point. Phivos's parents split when he was 18 months old and grew up with his Grand parents and aunties until he was aged 5. A frequenter of some hte early Acid House parties in and around London during late 1988 such as the Dungeons (Lea Bridge Rd), Crowland Rd Nut House (Spyros Night Spot), Land Of Oz (Heaven), Buzby's (Special Branch), Method Air (Arches In Vauxhall) and also some of the more well known bigger M25 and Warehouse events such as Energy, Biology and World Dance etc.

His first musical influences probably came from when he first listened to the original "Doctor Who" Theme music made by Delia Derbyshire 60's/70's version and the works of John Baker of the original BBC Radiophonic Workshop line up. Phivos fell in love with the early synthesizer works of bands and producers that pioneered the instrument from the 70's / 80's.1982 at age nine, he bought his first records. In 1984, at eleven, he got his first synthesizer. A Yamaha CS01 MKII, a basic one oscillator monophonic analogue synth. He also took six months of organ lessons for the theory basics but got bored of the usual repetitive basic Do Re Me etc.

Phivos has worked professionaly in the dance music industry since 1990 and his roles range from producer, sound engineer to performer / artist. His first close contact with the realm of electronic music happened when he listened to the Synth Pop classics and the works of Jean Michel Jarre, Vangelis, Kraftwerk, The Human League, and, of course, Depeche Mode. At twelve, his older sister Nina, knew the stage manager of the legendary venue The Hammersmith Odeon where bands like The Human League, Tears For Fears and even DM on their early tours. This gave him an insight to the runnings of shows and was an definitely inspiration in the set up and performance of live bands etc.

Phivos loved all of the quality synthesizer music at that time, across the board from ambient to Detroit techno. He got involved with the then pirate radio station "Lightning FM" whose members were Jumping Jack Frost and Brian Gee. "The Passion Records Crew" named him The Scientist. The guys at the studio used to call Phill 'Q' (from James Bond) because of his intellectual, focus skills and geeky love of the Synthesizer. Then for a party at the Fridge in Brixton, they decided to write "The Scientist" on the flyers without even Phivos knowing.. An artistic name that definitely stuck. One night at the Fridge, he found himself suddenly sharing a dressing room with The Shut Up & Dance crew, who were doing a live set there along side Phill that night.

He was introduced to DJ Hype who was Shut Up and Dance's live DJ with whom they created "The Exorcist" which was Kevin (Hype's) demo that Phill added the bass lines, synths, melodies and co-arranged. "The Bee" was Phill's demo that Hype supplied the breaks and vocal samples and co-arranged. Both tracks hit No.1 on the independent and dance charts in the UK selling more than 35,000 records each. The Exorcist was named track of the year in 1990 by Kiss FM listeners on the first year they became legal. After a split between house and hardcore and a year without releasing anything (due to contractual disagreements). Phivos left Kickin Records and started to produce under the name Pure Science which was a natural progression in search of the real, true spirited vibe of acid house, early industrial techno and 80's synth and EBM influences. During the 90's Phvos acquired a reputation in and around the London underground party scene for being able to turn up without a sound check and delivering a seemless mixed groove of tribal, techno, acid, house music with a chunky deep cutting edge feel. Phivos during the 90's era was working for promoters such as the Free Party Network warehouse parties, Chiba City Sounds, Bosh (Coventry), Woop Woop, Wiggle, Kerfuffle, The End, Fabric aswell as various mini festivals such as Kimberly, Orchard and etc etc. The story continues. ;-) <3 x
Sites:
Bandcamp, Facebook, MySpace
Aliases:
Audio Illusion, Phivos Sebastiane, Sci-Phi, The Scientist
In Groups:
De Ranger
Variations:
Viewing All | Pure Science
P.Sebastiane, Phil Pure Science

June 8, 2020
In my opinion he is one of the best producers ever ... His sound from the mid 90's still sounds so fresh. I hope there will come some reissues like Raoul_Puke also wrote... (:
Reply Notify me 1 Helpful

Quite a lot of sought after records in Phils discography. Hope to see some reissues, prices are very high - the quality is too, of course!

One of the most important characters of the techouse era is not to be underestimated. Phivos (Phil) Sebastiane has an impressive background and his attachment to music began since he was a child, when he definitely fell in love with the sinthesizers. Inspired by the work of the talented Depeche Mode, he was named The Scientist in the end of the eighties, nickname created by the Passion Crew due to his great potential and level of concentration. The Scientist did not stop his experiments, influenced by different musical styles such as acid house, Detroit techno, bleep sounds, reggae and even hip hop and placed himself at the forefront of the hardcore movement with “The Bee”, largely sold single made by The Exorcist, with DJ Hype as co-producer. Anxious for something new, he redirectioned his efforts later to house music. His innovative spirit gave him the chance to be also one of the first that created a musical style with a more accelerate and underground house with techno elements: the techno-house. Pure Science became one of the most important producers of the genre with explendid live acts all over the World. Owner of the P.S. Communications and B+Positive labels, Phil also created two ways of spreading well-made dancefloor music.