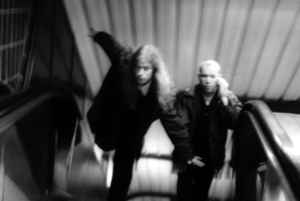 Profile:
Formed in December 1991, the band began working on their first demo "Black Snow". It was released in May 1993. Apparently it offended the entire Norwegian scene due to its extremely high pitched vocals. In 1995 Misanthropy Records released their debut album "Min Tid Skal Komme".

Meanwhile, the members spent time with other bands and projects: Nordgaren spent time on his solo project ,I Left the Planet, and played live guitar with Mayhem, while Hatlevik recorded an album with the Industrial outfit Aphrodisiac and joined Dødheimsgard.