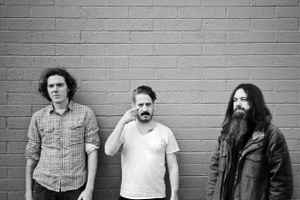 August 17, 2022
charming, beautiful and deep the duster catalogue is easily one of the best to ever be explored. explore every side project and especially check out valium aggelein. favorite band of all time.

October 3, 2017
Please, someone. Reissue this catalogue. Including the Valium Aggelein material.
See 2 replies

Helvetia. That's one of the members of Duster's current band. He's also in Built To Spill now. Valium Aggelein was another name for Duster or a previous project? Something like that.

November 19, 2014
My dream is that Numero will pick these guys up for a discography reissue set like they did for similarly unappreciated "core" groups like Unwound, Codeine and Bedhead. It's not impossible!
See 4 replies

February 6, 2014
Wondering if anyone can recommend a band similar to Duster. I have bought and enjoyed all of their cds.
See 7 replies

February 16, 2013
Incredibly rare band. Most chilled out music i've ever listened to. I managed to pick up "Valium Aggelein" for $30! I believe they put out a cassette but I can't find anything about it online. Hmmph, i need that.
See 1 reply

What the hell happened to this amazing band? Rock, instrumental, 4-8-16 tracks, analog, great instrumentation and vocals. A gem of rock, where did they go?