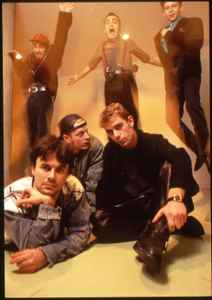 Profile:
Initially from Rennes, France, it's the alias of Ludovic Bousquet whom career started in 1990, but extra artists will be integrated to form a band and they'll be programmed during the Trans Musicales De Rennes in 1993.
Their first LP Groovy Rock will be self-released. Their 2nd LP Plaines Perdues will be recorded at Ubu, Rennes prior to be mixed in Bruxelles, Belgium by Ubu, Rennes. A music video will be produced by Jo PInto Maïa for the single "L'Or Et Le Sel", released by Trans Records (6).
Their last effort in 1995 will be a 6 tracks EP called "2 1/2".