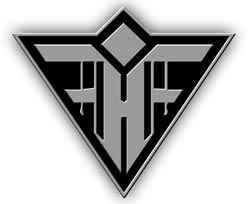 Profile:
The project Feindflug was founded between the years 1995 and 1996. The two creative heads Banane and Felix met by accident. Banane was doing DJ jobs together with Beam but had his own musical imaginations and Felix had the required equipment to realise their musical wishes in form of danceable industrial music. So the first steps were taken. At this time, Nico was part of Feindflug, but due to musical differences Feindflug and Nico quickly went different ways. For a long time, Beam has been supporting Feindflug as live drummer. Many have seen Beam being a berserk at drums on stage. Since 2004 Beam is permanently integrated to Feindflug.
Sites:
Facebook, MySpace
Members:
Banane, Beam (5), Felix (50)
Variations:
Viewing All | Feindflug
FF, Projekt Feindflug