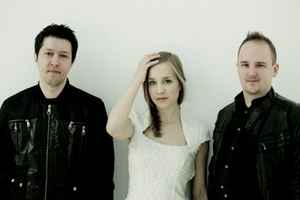 Profile:
Three young musicians are behind the odd-sounding name Bin-Jip. They took their time to go official. Before their first public appearance in 2010 they worked for more than a year perfecting their tunes, which can be described as more eclectic, modern and experimental than their previous projects, while still remaining song-centric.

Bin-Jip is a very democratic community, where the musicians are almost peers in writing, arranging the songs and being producers of the project. They not only contribute with their own instruments, but they shape the songs’ structure, sounds and effects together.

Their debut album Enter was released in fall 2010 by their own label LAB6 in Hungary and by Whereabouts Records in Japan. At this time and during the following tour Zsolt Kaltenecker was also a member of Bin-Jip. Enter won the Alternative Album of the Year 2011 Fonogram Award in Hungary. The name “Bin-Jip” originates from the Korean motion picture, which is a well-liked movie of the members. The strange story of the movie took place in apartments and rooms showing similarity with the band’s history, which was born in Andrew J’s living-room. That is where the songs were written and the musicians became a band.

Following the departure of Zsolt Kaltenecker in July 2012, Bin-Jip have been playing as a trio.