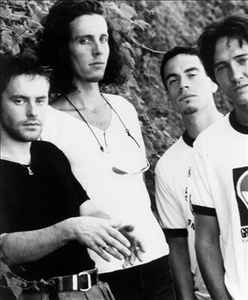 Profile:
Tim Bricheno (ex-All About Eve/Sisters of Mercy) founded CNN in 1993 after leaving the Sisters. They released two singles, mixing indie rock sounds with lots of (usually unauthorised) samples and industrial/techno elements, and stirred up some controversy in the UK media press (in particular with the ad campaign for 'Young, Stupid And White'), before the television network threatened to sue them and they were rechristened XC-NN. They gradually disappeared into obscurity after that, finally splitting in '97. Tim and David went on to create Tin Star.