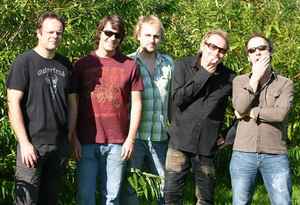 Cutting Crew signed to Siren Records at the end of 1985, and their first single "(I Just) Died In Your Arms", was a hit across Europe and Great Britain, reaching number four in the UK national charts and number 1 in seventeen countries.

By 1992, Beedle and Farley had left the band, leaving Van Eede and MacMichael to make Cutting Crew's third album Compus Mentus, which never got a proper release.

Kevin MacMichael passed away on December 31st, 2002 from cancer.

In 2006 Nick Van Eede reformed Cutting Crew. They began touring again and in 2007 released a new album Grinning Souls and continue to tour.