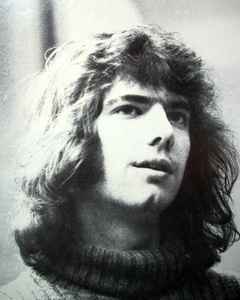 Real Name:
Patrick Bruce Metheny
Profile:
Pat Metheny was born in Kansas City on August 12, 1954 into a musical family. Starting on trumpet at the age of 8, Metheny switched to guitar at age 12. By the age of 15, he was working regularly with the best jazz musicians in Kansas City, receiving valuable on-the-bandstand experience at an unusually young age. Metheny first burst onto the international jazz scene in 1974. Over the course of his three-year stint with vibraphone great Gary Burton, the young Missouri native already displayed his soon-to-become trademarked playing style, which blended the loose and flexible articulation customarily reserved for horn players with an advanced rhythmic and harmonic sensibility - a way of playing and improvising that was modern in conception but grounded deeply in the jazz tradition of melody, swing, and the blues. With the release of his first album, Bright Size Life (1975), he reinvented the traditional “jazz guitar” sound for a new generation of players. Throughout his career, Pat Metheny has continued to re-define the genre by utilizing new technology and constantly working to evolve the improvisational and sonic potential of his instrument.

Over the years, he has performed with diverse artists like Steve Reich, Ornette Coleman, Herbie Hancock, Jim Hall, Milton Nascimento, Joni Mitchell and David Bowie, to name just a few.

His guitar tone is bogglingly corny and derivative from George Benson - that's what you think at first listen. But when you have jazz guitarists attempting to be rock and rollers with Marshall stacks back in the seventies trying to show off if they can get heavier than heavy, Metheny sees it as sweet FA and gets the remnants of the sweet jazz guitar sound from the soul jazz emerging at the same time as jazz rock. Supposedly, his habit of a cleaner guitar tone is compensated with his very clever intricate harmonies and rhythm. The Nonesuch era of Metheny is a great bundle of gems; his time with ECM was all right, maybe vanilla but slick, beautiful and like an audiophile's wet dream.