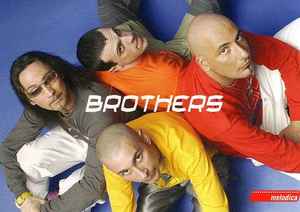 Profile:
Brothers was a four italian djs/producers project created in 2001.

Their big first hit was "Dance Now" in 2002, played in many radios from Italy, Spain, Germany, France, Australia, Hungary, Malasya, etc...but their really big hits were "Sexy Girl" and "The Moon" in 2003, entered in the Top10 chart in different Dance radios from Europe, having also several gigs during 2003 and 2004, especially in Italy and Spain.

In 2005 their first CD album called "Dieci Cento Mille" was released and a song with the same name was included in the FIFA 2005 video game representing Italy.