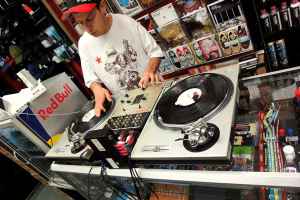 Profile:
Sort after by many artists as a scratch specialist, DJ Snair is also a renown champion turntablist who has dominated state and national competition for over a decade.