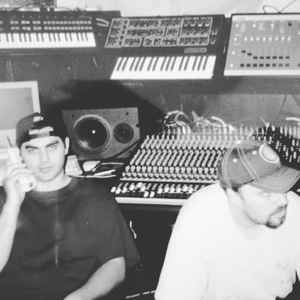 The duo performed live with many nationally and globally recognized acts including Kid Rock, ICP, JFA, Laughing Hyenas and many others.

The group used the names Cykosis and State of Cykosis synonymously and released the bulk of their music on their own Duce Duce Records label.

They were notably involved in a lawsuit with Insane Clown Posse over a copyright dispute and had the unfortunate press and publicity of a runaway girl being murdered with lyrics to one of their songs being found by her body.
Members:
Angelo Bullano, Filip Angelov
Variations:
Viewing All | State Of Cykosis
Cykosis, Cykosis And The Cykodelichell Band