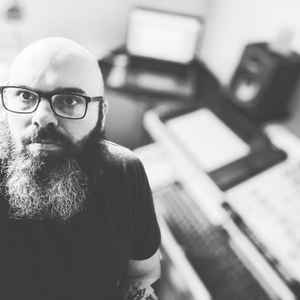 Real Name:
Angelo Bullano
Profile:
Angelo "Black Bart" Bullano is an Italian-American electronic music producer, MC (rapper), DJ, and artist. He is a veteran to the punk rock, hip-hop and electronic music scenes in Detroit, Michigan, his hometown Toledo, Ohio and as of late has garnered international and even global attention thanks to the broad reach of the internet and various social media platforms.

Since his early days lugging around a pair of Technics 1200's and too many vinyl records to list, his musical roots & influences run deep in various genres such as punk, hip-hop, electronic, reggae, dub and more. Angelo is currently entrenched in techno, house music, edm and the dance music scene - recording, performing, DJing and producing music under his many musical aliases including FUN W/// ALiENS (FWA), Apache Blakc, Finster Boogie, Schlomo Moostapha, Black Bart (Cykosis / State of Cykosis), and a few other monikers and side projects as yet unannounced but soon to be revealed.

Angelo, or "Bart" as he is most often referenced, has an extensive list of past live performances and DJ appearances, opening for globally recognized recording artists such as Eminem (D12), Bootsy Collins, Kid Rock, ICP (Insane Clown Posse), Everlast, Mastamind (Esham), JFA and many others. Having recorded and performed under many aliases including Finster Boogie, Bubba One Luv (B1L), Black Bart and Fun with Aliens to name a few, he is no stranger to the music scene both in the US and abroad. Since beginning his musical career he has been in several groups most namely Cykosis (State of Cykosis), Riot Squad 419, Kids from Krypton, and Willy's Willy. While in the infamous Detroit-based horrorcore rap group Cykosis he recorded a song with Insane Clown Posse (ICP) that resulted in many rumors and ultimately changed his entire musical direction and creative focus.