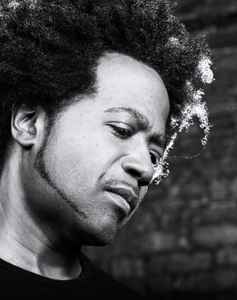 Pierre is blessed Soul.
Raised in a Christian environment, he learned since the beginning the importance of goodwill, solidarity, honesty, humility, compassion and most of all spirituality - which made him a trustful & honorable person.
He felt in Love with Music since the beginning - and was primarly influenced by Jazz (his father used to play clarinet and had the chance to be on Duke Ellington's group) and Funk (during the era of Parliament-Funkadelic & ZAPP).

On the early eighties, he started to DJ, and it was the other pioneer Lil'Louis who mainly called him to play on his events in Chicago (Pierre used to live in a city about one hour from the 'windy') - like the big event on the Bismarck Pavillion, in 1985, with a five thousand people audience (Pierre had to play for two hours, but he drove the crowd mad, and made a six hour DJ set)!

Since the high school, he had the chance to share his musical thoughts with Earl 'Spanky' Smith, which strongly suggested him to go to the legendary Music Box, whose resident Ron Hardy would inspire them and at the same time play their first big production as Phuture - Acid Trax (1985).

The ensemble of his music projects, such as Phuture, Phortune & Wild Pitch, was crucial to the history of House music. His tracks inspired a large number of producers that came after him.