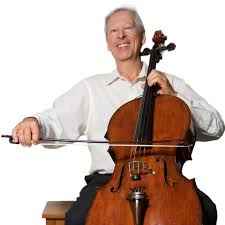 Born in Haifa, Israel, Daniel Domb began the violin at eight and switched to the cello at eleven when Paul Tortelier, in Israel at the time, agreed to accept him as a student. When Tortelier moved back to Paris, Daniel followed and two years later moved to New York where he studied with Leonard Rose. At age fifteen, a few months after arriving in New York, Daniel was chosen by Leonard Bernstein to be a soloist with the New York Philharmonic in the Young Peoples Concerts, televised worldwide.
Sites:
danieldomb.com
In Groups:
The Cleveland Orchestra, Toronto Symphony Orchestra