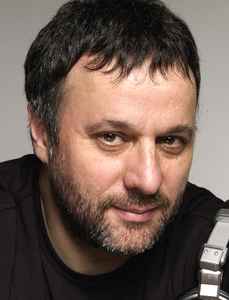 ☝️😊 "François K - The Story of Prelude Records": Highly recommended and not to be missed dance music history lesson as told by the legend François Kevorkian in a 7-hour (!) master class himself.

His video contains special appearances by illustrious figures of the community recalling both the music and the stories of Prelude Records. Watch it on YouTube now: https://youtu.be/znz0vIuqxdo 😊👍.

January 2, 2017
I saw Francois at Air in Tokyo a couple of years ago and didn't really get it. Why the pounding techno? Then, on NYE 2016, I heard him at Contact. He worked the system in the main room like it was his own studio. Some of the best techno I have ever heard in a space made for it.

April 2, 2016
Legendary figure of dance and disco. Former A&R at Prelude, and responsible for many timeless mixes on there as well as other works. He has a better understanding for remixing and mixing tracks than most other artists. "Go Bang" for instance is a good reference to see how you work out a 12" version of a track.
For a long time, he was the only artist approved to legitimately release Kraftwerk remixes by the band themselves. Others who wanted to take a crack at them had to release un-officially.
Still pushing boundaries at sets today around the world.

May 4, 2012
A truly talented artist of the highest degree.I strongly recommend catching one of his solo sets at a party called Deep Space @ Cielo Niteclub N.Y.C. You won't be disappointed.