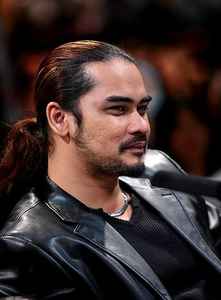 Awie left the band (1994) after reported disagreements with the then-drummer Black, and pursued a career as a solo artist and actor. He re-joined Wings in 2002 after lukewarm fan response to his replacements Mus (formerly from May) and Mel (a club singer). The band is still active. Their recent concert appearances and recordings include 'Wings Alive 2006' and 'Wings Live In KL 1991'. On top of that, Awie had joined the best band in Indonesian called Samudera Astana.
Aliases:
Merah
In Groups:
Wings (5)
Variations:
Viewing All | Awie
Awie (Wings), Dato' Awie