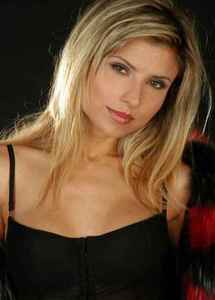 Real Name:
Paula Mitrache
Profile:
Born on June 14, 1977 in Bucharest, Romania. After winning the title of Miss Bucharest, she became a singer, model, and actress. She performs in Romanian, English and Russian.
Her debut record was "Dragostea Din Tei" released in January 2004, which made a strong dance impact, jumping immediately to the top of sales and airplay in Italy and the world. The single remained in the top spot beyond 10 weeks, being already Gold in the first two weeks of release and, today, is a Platinum disc.
Sites:
haiducii.net
Aliases:
Paula Mitrache
Variations:
Viewing All | Haiducii
Haiducci, Haiduchii, היידוסי, 章孬玩