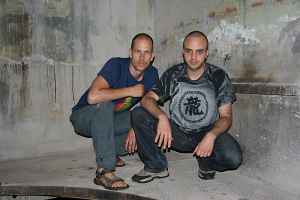 Dub-influenced soundscapes, classic trance elements and broad bass lines are features that could be ascribed to their music.
Vibrasphere began their musical path in the mid-nineties. Rickard had started a promising career in the very new trance scene and around the same time Robert was taking his first steps in musical production on his trusty Amiga-. After meeting through Rickard’s younger cousin- the pair entered the studio in the summer of 1998.