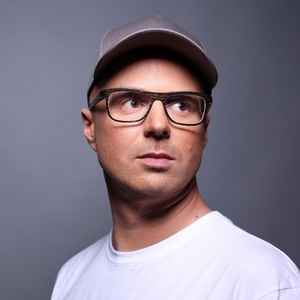 Already in his young days Rob Mayth realised his talent for music. He grew up in a family, where music meant a lot to everybody. At the age of eight he started taking piano-lessons, but it did not really satisfy him. After holding the first keyboard in his hands, he could not be stopped by anything.

In 1996 he took his first steps with different programms. The time of "Tracking" followed bringing out the first success. He started to bring out his tracks on internet-pages like “myownmusic” (former gtmusic.de) in order to reach a wider audience since 2001. Due to this he received much feedback and criticism helping him to improve his tracks’ quality. Over the years Rob had several chances to talk about publication with some music labels. They all ended up in empty promises. One day he met Waveliner. Resulting in the combo “Waveliner vs. Rob Mayth”. They did some further work on the track and created a hit in that scene:” harder than ever” and a follow Up "children of xtc“. That tracks already go very well in the german club charts .. .

Rob already made remixes for all big names like Special D, Cascada, Groove Coverage, Sven-R-G vs. Bass-T, Rocco, Angel City and many more. This let him become one of the most wanted remixers. His Tracks and remixes are already a regular part of many big compilations around the globe. He is also behind many other Projects like "Katie Jewels", "Pimp! Code", "Straight Flush", "Azora" and many more... He has also become a good Dj and makes gigs in many countrys of the world like Tokyo, Chicago, France, Slovenia, Poland and many others!
Sites:
Facebook, robmayth.de
Aliases:
Active One, Aunt Mary (3), Chasing, Dave Darell, Elektrofachgeschäft, Elektrofachmarkt, Pimp! Code, Red Light District (4), RMFB, Robin Brandes, Spread 'N' Lick, White Bunny
Variations:
Viewing All | Rob Mayth
Mayth, Rob M., Rob.M