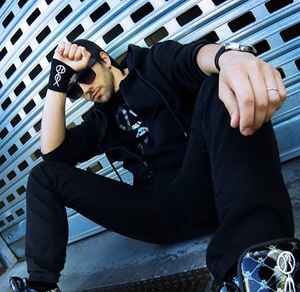 Rexanthony was born in Italy (1977) and about 1989, along with piano studying, he was attracted by synthesizers, sequencers, computer, experimental music. His first single "Gas Mask" was released in the 1991 followed by "An.Tho.Ny" (1992), released in Japan too.
In 1992 his techno-rave cult song "For you Marlene" and "Gener-Action" were released throughout Europe and Japan (Avex Trax) reaching the top charts. He worked in studio with Musik Reseach team, editing the rhythms of the songs for the Technoshock album series.
In the 1994 and 1995 he also realized the experimental techno albums "Cocorico' 2" and "Cocorico' 3". In 1995 he reached the top charts with "Capturing Matrix", followed by top charts "Polaris Dream" (1996). The "Polaris Dream" videoclip was broadcasted in heavy rotation by MTV Europe for several months.

August 14, 2015
One of the best producer ever. Legend.this guy bring hardcore ,hardtrance and techno music to the highest level. I really don't understand why he's still too underrated

one of the most individual & innovative hardtrance/core producers in the history of the underground scene...absolutely spot on each time with unique tunes for the party...rexanthony is (was) the f%$king DON of the scene...rare vinyls worth EVERY penny...if ur a hardtrance head in2 the mid 90's vibe---seek them out...u will b glad u did...

March 9, 2004
Dj producer Rexanthony was one of the very first Italians into Hardcore. His productions and collaborations have fused hardcore, techno & trance.