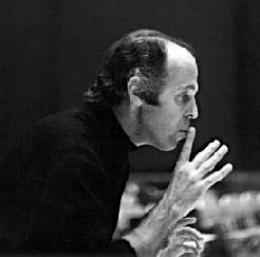 Real Name:
Earle Appleton Brown Jr.
Profile:
US composer, born December 26, 1926 in Lunenburg, Massachusetts; died July 2, 2002 in Rye, New York. Brown studied the Schillinger technique of composition as well as engineering and mathematics. He married his childhood sweetheart Carolyn Rice, and the two moved to Denver, Colorado to teach. While in Colorado, a tour brought through Merce Cunningham, John Cage and David Tudor, who instantly became close friends were to be a big influence in their lives. The couple moved to New York City in the summer of 1952 to be closer to these kindred spirits. Earle Brown joined John Cage in his work on the Project for Music for Magnetic Tape, while Carolyn Brown (2) became one of the founding members of Merce Cunningham dance company. During this time, Earle Brown was working with open form compositions, such as his "Four Systems" which were to inspire John Cage to explore indeterminacy. Through John Cage, Earle Brown was to meet Pierre Boulez who helped bring Brown's work to attention in Europe. Not able to support himself through composition alone, Earle got a job as a recording engineer with Capital Records on June 6, 1955, and was later promoted to mixer. In 1960, he quit Capital Records, but shortly after was offered to curate a series of recordings for Time Records (3), which was later taken over by Mainstream Records.
Sites:
earle-brown.org, Wikipedia, britannica.com
Variations:
Viewing All | Earle Brown
Brown, E. Brown, E.B., EB, Earl Brown