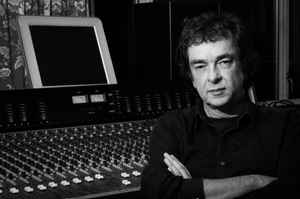 Profile:
Well established producer, mixer and accomplished musician based in Bristol, UK. Formerly worked in-house at Channel House Studios. The House Of Dreams is his own studio.

Appears in thank you credits on many albums and singles, most notably a rare fan club release by The Stranglers (A Marriage Of Convenience - My Young Dreams).

Paul died on Monday December 23rd at 03:00h, surrounded by his closest friends while the album "Black Star" was playing.
He drew his last breath at the exact moment when David's words in the track Lazarus "Look up here, I'm in Heaven" came through the speakers.
Variations:
Viewing All | Paul Whitrow
Paul