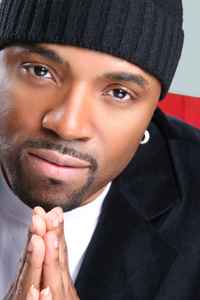 "Who started New Jack Swing"? Teddy Riley usually gets the credit. In an interview on "The Breakfast Club" a few years back Teddy Riley was asked the question "Who starting New Jack Swing" but didn't really give a direct answer. Guy's first album was released in 1988. We all know Janet Jackson's "Control" came out in 1986 with elements of New Jack Swing and Rhythm Nation in 1989 but check out Midnight Star's "Headlines" from 1986 on SOLAR Records. Guess what? Bobby Brown's "Don't Be Cruel" released in 1988 uses pretty much the same exact beat as "Headlines" from 2 years prior.
LA Reid & Babyface who started in the group "The Deele" left the group in 1988 to start producing on their own. The Deele cut 3 albums for SOLAR! Same label as Midnight Star! LA & Babyface co-wrote "Don't Be Cruel! Teddy Riley, Aaron Hall, LA & Babyface all did work on the Don't Be Cruel album. I suppose Don't Be Cruel isn't really New Jack Swing yet but if it isn't it almost is.... Jimmy Jam and Terry Lewis was also part of the SOLAR label who, by the way, produced Control in 1986. If you listen closely to the Don't Be Cruel album it almost sounds like it could've been produced by Jam & Lewis - kinda has an SOS Band and/or The Time vibe to it. Another "New Jack Swing" pioneer Gene Griffin produced Bobby Brown's "My Prerogative"!