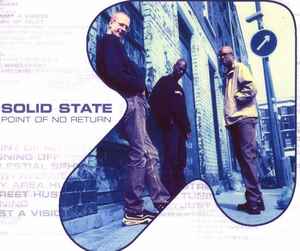 Profile:
By late 1994 Dextrous hooked up with 2 other guys, Paul and Jon who then went by the names of 'Phaze 3' and 'Klass A' respectively, that he had met whilst DJing on the London pirate station 'Kool FM'. They all shared the same artistic ideas and the frustrations of the way in which the scene was over looking a more musical approach in the production of Drum'n'Bass. So Dextrous decided to start 'State of the Art Recordings', as a vehicle to put out music that wasn't confined to what the so-called top club DJs would play, but to allow a little more freedom of expression and with that reach a whole new audience. The 3 of them together recorded under the name 'Solid State' and christened their sound 'Urban Fusion' which encompassed many elements i.e. Funk, Jazz, Techno, Dub as well as Drum'n'Bass.

Well as they say "all good things come to an end!" and by the summer of 2000 the 3 guys parted company. Their last project together was the album entitled "Point Of No Return" on the 'Renegade Recordings' label.
Sites:
solidstatemusicdesign.com
Aliases:
Nuclear Fusion (3), State Of The Art (3)
Members:
Errol Francis (2), Jon Stewart (3), Paul Brown (2)