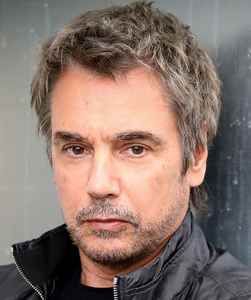 Jean-Michel Jarre was and still is one of the most forward thinking and creative artists in electronic music. Quite frankly, I think it's ridiculous to say that he hasn't made anything "acceptable" in 30 years. If anything, I think it's impressive that he's been putting out music for over 50 years and has never really had a 'bad period' or truly lost his touch. Of the 20+ albums and projects he has released, there are only 3 that I'd say are below average (Téo & Téa, Les Granges Brûlées soundtrack and Interior Music). The rest range from decent to fantastic. Jarre is best known for his 1976 album "Oxygene". A groundbreaking record and an absolute classic from front to back. Of course, there is a lot more to the man than just that one album. Throughout the rest of his career, he has usually either stuck to his 'typical' style and made albums in a similar style to Oxygene or he's created albums with different ideas behind them. For example, with his 1983 album "Zoolook", Jarre has stated that the goal of it was to create a vocal album with no words. What he did was record vocal samples in various languages from around the world. Then he used them as textures, pitched them up and down to create melodies. An interesting idea and listening to the album, I think he executed it very well. Stuff like this is just one reason why I love his work. Some other commenters here feel his newer material is lackluster. I have to respectfully disagree with that. As far as his newer projects go (2000s and onward), I think most of them are great too. Much respect to you, Jarre :)

Last exceptional album:
"Rendezvous" (1986) - There's still that youthful vigor, optimism, energy and vitality in every piece on this album. Utterly mesmerising and exciting. Still invoking visions of a future time and place.

Last exceptional track:
"Waiting For Cousteau" (1990) - For me one of the most beautiful pieces from JMJ, deeply emotional and moody. The perfect piece of music to listen to while travelling through the countryside at night.

Last good album/s:
"Chronologie" (1993) - Innovative and interesting, full of melodies that are catchy and memorable.
"Oxygene 7-13" (1997) - True Oxygene sound for the 90s! It has the mood and feeling of the original, but tighter, more focused and 'clean'.

Most forgettable album/s:
Every album after 1997 except one (thus far).

Worst album/s:
1. "Téo & Téa" (2007) - I think JMJ just couldn't compare to the wave of recent artists producing 'cutting edge' edm, uplifting trance, nor the well produced and catchy edm music in mainstream club culture between late 90s through to 2006. We had the likes of BT, PVD, Matt Darey, Above & Beyond (and the Anjunabeats artists), Oliver Smith, Gabriel & Dresden, Avicii, Armin Van Buuren, Tiesto, James Holden, Deadmau5, David Guetta, Mat Zo and countless multitudes of popular producers and productions in that era. And JMJ was not among them. "Téo & Téa" sounded cheesy and outdated in 2007's EDM landscape. JMJ may've been trying his hand at the sound of "EDM in 2007", and while "Téo & Téa" still exhibited a somewhat clear vision of the 'story' JMJ based it around, it didn't fit EDM in 2007. As a 'concept album' it was a bit embarrassing to be honest. The fact his next two albums were collaborations with various electronic music producers, new and old, for me it felt like JMJ just wanted to be part of the current electronic music movement. He had missed the 'modern edm' boat by a decade but his collaborative 'Electronica' releases, although in no way JMJ 'albums' in any sense, successfully capture the bland generic uninventive sound of electronic music of recent years. In fact it captures the sound of bland generic electronic music so well that they should be considered only as EDM albums, and on that scale they're totally forgettable and uninteresting, contributing nothing to the world of JMJ music. Not aspiring to be different, but in fact aspiring to sound like everyone else. And it does, only later than everyone else. And not done as interesting as how others did it years before he wanted to do it.

2. "Oxygene III" (2016) - For me this was an incohesive, disjointed trance album. There's a lot I don't like about this as an Oxygene album. It's particularly digital and cold. It has no inviting warmth to it that envelopes me. It feels sterile and lacking a soul. Part 17 was the most cohesive 'song', and there's a couple of other short bits where it was pleasant, but I just don't like Oxygene III. I listened to it intently twice after it was released but then gave up trying to like it. I listened to the whole thing again while writing this review, and found that I still feel the same about it. And I still don't know why there's the sound of a camp fire at the end.

Best album post 1997:
"Equinoxe Infinity" (2018) - After so many years pretty much lost aspiring to be an EDM producer rather than the musical genius and legend he is often considered to be, JMJ managed to come up with some surprisingly cohesive (if not shaky) ideas for "Equinoxe Infinity". It's not unique, inventive or new, but it reminds fans that JMJ works best when he does JMJ, not EDM. It suggests that if JMJ can stop TRYING to make an album that is relevant, and instead goes deep down to the subterranean river of music that flows through his essence, he may just rediscover the source of his mojo after the long absence of cohesive, interesting or uniquely Jarresque ideas. There's immense potential on this album, and my fingers are crossed that he continues to follow this road. You don't have to be the next big EDM star because you are already Jean Michel Jarre! At least Equinoxe Infinity restores hope that he's still got .... well, something. It's promising.
Reply  See 5 replies Notify me 3 Helpful

November 22, 2018
Avoid Jarre's last 30 years! He has never made anything acceptable during that period, but emptiness and kitch.
Reply  See 7 replies Notify me 1 Helpful

August 24, 2018
Jean-Michel Jarre are the international french legende of electronique music
i try to collect the maximum of collector and signed copy
thanks Mr
Reply Notify me Helpful

April 24, 2017
What can i say about Jean-Michel Jarre? Well he's a great artist that surpas many styles . But his early works are still the best don't know what happen with his music today i don't feel the same enjoyment anymore like Zoolook, Oxygene, Rendez-Vous, Chronologie, etc... Today he seem to have changed his genre to be in the paths of the so called evolution but to me he lost it at some way don't get me wrong i respect Jean-Michel Jarre as his father that has also made great music. But i don't know how i can say it only that JMJ today isn't the same anymore of what JMJ was in the past . Alot of his newer work has a feel that he's bored or became too mature "old" in making such music . Anyway he's a 'pioneer' of the electronic genre yes but surely not the grand father , he's the father thats more accurate . ( Todays electronic music has lost alot potential of what it was guess the downfall of that genre was felt in the years 2000's since every subgenre suffers alot Techno, Trance, Hardcore, Speedcore, Drum&Bass, Goa, etc....)
Reply Notify me 4 Helpful

When I think of Jarre, I notice that he made his first 10 albums using analog synthesizers with the traditional mixing desk, tape recorder, effect box approach. These albums were done in the 70's, 80's and 90's, see below.

After three decades in the analog world he had to reinvent himself and the logical way was to go digital and use the DAW with digital effects and digital synthesizers occasionally complementing that with his signature analog sounds. First he made a shocking record Metamorphoses that was wholly different from the traditional Jarre sound. He perfectly captured the digital world and out-did everyone else in a single stroke - atleast in my opinion. After that he released a couple of experimental digital albums, Sessions 2000 jazz album and Geometry of Love chill-out album. Then he went electronica and wanted to prove himself there and succeeded in my opinion with Teo & Tea, Electronica 1 & 2, Oxygene 3 and finally Equinoxe Infinity where he mixed both the electronica and the analog. These albums were done in the 00's and 10's.

As I see the albums laid out this way - and having listened through all of them now - it all seems very logical for Jarre. He started analog and then went digital and tried to capture both sides of the synthesizer and the accompanying technology that is needed to produce the music. You can also see how the albums are related to the technology that came to be during each decade and how later he tried to follow the times stylistically and not get stuck to his past. I think Jarre has succeeded outstandingly and I hope he will yet release a couple more albums - perhaps during the 20's - and that would be his sixth decade as a recording artist.

In my childhood I remember that I was going to school and hum melodies from his tracks.

No doubt - During the 80's He was one of them who announced big changes in world music scene which happened in 90's
techno/ rave / trance / drum and bass etc.

If You don't agree You don't know the history of the electronic music.

February 3, 2015
Mindless debates about the "pioneers"... Please guys, stop it! Electronic music had an evolution and every person had his contribution to it MORE or LESS. Timewise and meaningwise Jarre had one of the greatest contribution to it all even if there were electronic music before unlike the Stockhausens who never made anything "musical" but ad-hoc, random-like chaotic effects what I wouldn't call music.

1976 Was a milestone: Oxygene was an incredibly important, deep, thoughtful blast and I consider it to be one of the biggest impact to the history of the music. I do remember those times very well....

Kraftwerk, T. Dream, Vangelis is a different question. They were also the few ones who paved the road. I'd vote Oxygene as one of the biggest creature of the mankind. I know what it takes to ignore it, I know the nowadays don't really accept the "truth" what is mirrored by the philosophy, the art, the music. Even if you can't accept it, even if you think other way, Oxygene comprises this "truth" about the being!!!! OK, if you deny it, say it's OK if you don't like it but please think about it: you are a great lier (for yourself on the first place). I proclaim!
Reply Notify me 8 Helpful

July 5, 2014
JMJ the PIONEER of electronic music?? Come on, you guys...Why would you lie about something as beautiful as music?? There were lots of people, like Karlheinz Stockhausen and others who were creating electronic music LONG BEFORE JMJ did (at least one decade before), so PIONEER, my a*s. And please, don't you mess with Kraftwerk, because they paved the way for ALL of the dance music genres and styles we know nowadays, like hip-hop, electro, house, techno, synth-pop, trance, you name it. Can JMJ make such a claim?? Nope. Not in a million years. Besides, JMJ's music is a LOT different from Kraftwerk's, so let me ask you this: why would you even compare them?? It makes no sense at all...
Reply  See 4 replies Notify me 5 Helpful