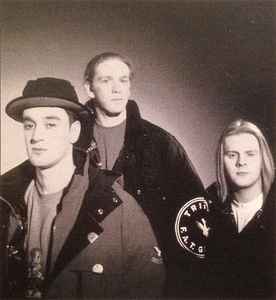 Profile:
Bizarre Inc. was a dance-pop/house/club/dance band from Stafford, England that formed in 1989 as a duo of English DJs Dean Meredith and Mark Archer.
They started sending out demos to labels, and J. Saul Kane (Depth Charge) invited them down to sign for Vinyl Solution.
After Archer was forced out of the band, Dean started working with another engineer at Blue Chip Studios, Andy Meecham. They then hired Carl Turner who was a DJ at the Coliseum club in Stafford where Andy was the lighting guy. Although it was a mainstream club, Carl was playing a lot of interesting house imports from America, which is why he was asked to join.

Their MC was Chris Peat's brother, Ade, and Rob Bairstow danced for them.

Imagine my self loathing when the penny finally dropped- my tape bending hero's behind Chicken Lips, Sir Drew & the Emperor Machine are none other than the same bods behind Bizarre Inc; who's hits were damaging my ears some 20 years earlier in my virgin club days, sans the hardcore era. It all makes sense now!! (Standing in the corner with dunce hat) ;-/