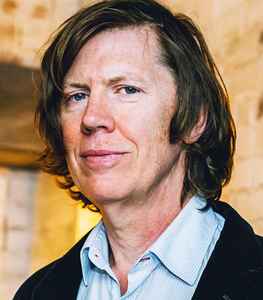 Real Name:
Thurston Joseph Moore
Profile:
American guitarist and vocalist born on 25 July 1958 in Coral Gables, Florida and raised in Bethel, Connecticut. He lived in New York City for most of his music career and was taught guitar by Glenn Branca. He has since relocated to Stoke Newington, in the United Kingdom.

Thurston Moore is best known as the guitarist and vocalist of Sonic Youth which he co-founded in 1981. In 1984 he married Sonic Youth bassist Kim Gordon. The couple separated in 2011 and divorced in 2013.