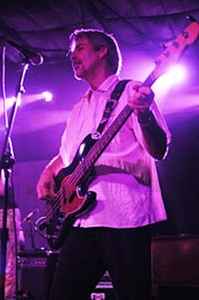 Profile:
American bassist, born and raised in Eagle Pass, Texas. Bennett began playing in rock bands while in high school and started touring as a musician after graduating in 1969.
He moved to Austin, Texas a few years after this, where he played in blues rock groups such as Lewis And The Legends and The Storm. In 1981 he joined the Marcia Ball Band.
In Groups:
Jeff Sanford's Cartoon Jazz Band, Lewis And The Legends, Marcia Ball Band, The Storm (12)