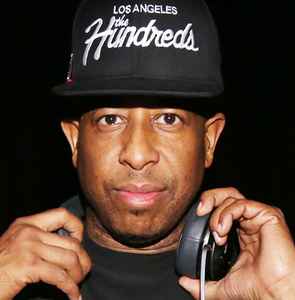 DJ Premier, best known for being one half of the rap duo Gang Starr, is also a DJ and record producer. DJ Premier has produced almost all of Gang Starr's tracks as well as tracks for many other groups and solo artists since the 1990s. He has produced tracks for such artists as Jay-Z, Big L, Notorious B.I.G., Nas, M.O.P., Jeru The Damaja, KRS-One and Mos Def. DJ Premier's style of production is considered "underground" Hip-Hop or "alternative" Hip-Hop. He is known for sampling Jazz artists, as well as sampling an artist's past work, when he is creating a new track for that same artist. Further he is known for combining small vocal portions from multiple artists to make one hook on a track he is producing. This creative technique has made him one of the most sought after producers in Hip-Hop. DJ Premier's name refers to his claim to be the first and the best in his style. His original stage name was Wax-Master C, the "C" coming from his real name.

December 13, 2019
DJ Premier AKA Chris Martin, not to be confused with the other Chris Martin of Coldplay fame is the absolute master of Boom-Bap Hip-Hop awesomeness and was one half of one the greatest duos in Hip-Hop history, Gangstarr.
Reply  See 1 reply Notify me 2 Helpful

August 14, 2019
Phenomenal hip hop producer! I always thought that Premo and Grand Puba were siblings, since their faces resemble each other so well :)
Reply Notify me 1 Helpful

This guy was one of the leading producers of the early to mid 90s underground hip hop scene. A key figure defining the Hip Hop sound of the Boom Bap era. I guess out of respect there is no comment here, as everybody who was there knows it.

During the golden era, his infectious production made people follow Hip Hop all over the world. When Hip Hop became a commercial success and a mass phenomenon, Premier stayed true to the culture and did not sell out.

He fell "out of fashion" for a wicked reason: In the mid to late 90s, many second rate producers wanted their beats to sound like a Premier joint. Outcome: The style got over used, but at the same time cemented Premier's status as an influencial legend.

Step in the Arena (1990), Daily Operation (1992) and Hard to Earn (early 1994) as well as Jeru's The Sun Rises in the East (1994) and Group Home's Livin' Proof (1995) are all completely produced by Premier, highly consistent and considered first rate classics of the so called golden era.

These LPs represent a different time and mind set aiming at the Hip Hop headz and culture not necessarily having the mass market in mind.

Other key 12"s worth mentioning:

In fact, there are at least 50 more classic joints. He was not the only dope producer of the 90s, other NY heavy weights including Pete Rock, Lord Finesse, Diamond D, Showbiz, Buckwild, Large Professor, RZA, Prince Paul, Ced Gee and Beatminerz come to mind, but without him, it is save to say that the world of Hip Hop would have looked much different. By the way, a really dope DJ as well (mixtape and party).