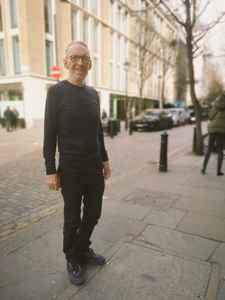 Real Name:
Michael Duncan Pickering
Profile:
Key component of The M People Mike Pickering (b. Michael Duncan Pickering, 24 February 1958, Accrington, Lancashire, England; keyboards/programming), a former DJ at the Factory Records' owned Haçienda club in Manchester. His activities there once encouraged The Face magazine to proclaim him as "England's most revered DJ". After school, Pickering worked in a fish factory and engineering warehouse, becoming a big fan of northern soul. He played saxophone and sang for mid-80s indie/dance forerunners Quando Quango, and had various connections with New Order, including sharing a flat with their manager, Rob Gretton. He also had the distinction of booking Smiths for their first Manchester gig, and signing both James and the Happy Mondays in his role as Factory's A&R representative. After leaving Factory Records he became a junior director at Deconstruction Records, to whom he brought Black Box and Guru Josh, the label's two most important early successes. He also provided Deconstruction with North - The Sound Of The Dance Underground, cited by many as the first UK house music compilation, though in truth it was Pickering and his band T-Coy behind seven of the eight songs. He is also the founder member and songwriter for M People - the M standing for his first name - who also record for Deconstruction.