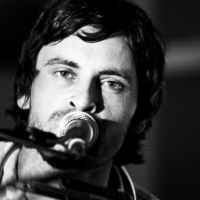 Growing up in Umhlanga, an eponymous debut effort appeared in 2006, with full-length sophomore album "Fruitbats and Crows" following in 2009. Now based in Cape Town, the surfer-cum-acoustic songwriter has toured internationally, and his songs have appeared in adverts, movies, and TV shows such as "Private Practice".
Sites:
farrylpurkiss.co.za, Wikipedia