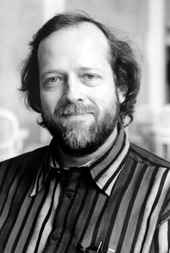 Real Name:
Michael Obst
Profile:
Michael Obst is a composer, born in 1955 in Frankfurt. He studied music education in Mainz, and piano with Alfons and Aloys Kontarsky in Cologne, becoming active as a composer at the Studio for Electronic Music of the Cologne Musikhochschule between 1979 and 1982. Obst was a pianist in the Ensemble Modern from 1981 to 1986, and worked with Karlheinz Stockhausen as performer of electronic keyboard instruments from 1986 to 1989. Since 1996, he has been a professor of composition and electronic music in Weimar.

During his career, Obst has received invitations and commissions from the studios of Ghent (IPEM), Stockholm (EMS), Paris (IRCAM), Cologne (WDR) and Bourges (GmeB). His work has premiered at festivals in Germany and abroad, including the 10 Years of IRCAM/Paris event in 1987, the 1987, 1989 and 1995 Donaueschinger Musiktage, the World Music Days in Cologne (1987) and Amsterdam (1989), the 1992 and 1995 Musik im 20. Jahrhundert in Saarbrücken, the 1992 Festival Jeunes Compositeurs in Paris, and the 1996 Munich Biennale.
Sites:
Wikipedia
In Groups:
Ensemble Avantgarde