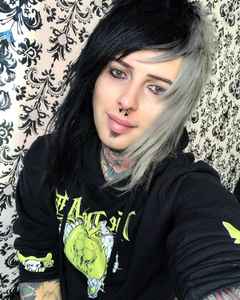 Blood On The Dance Floor

Profile:
Infamous alternative band, known equally for their sexually explicit music target to a preteen audience, and their sole constant member Dahvie Vanity's multiple allegations of pedophilia and sexual assault. Formed in 2006 by Vanity and Chris Mongillo, eventually picking up Rebecca Fugate and creating a trio. Mongillo and Fugate would leave after the release of 2008's Lets Start a Riot due to being unable to tour, leading to Garrett Ecstacy joining the band for their sophomore album, It's Hard To Be A Diamond In A Rhinestone World. Ecstacy would leave in 2009, being replaced with Jayyvon Monroe, who would stay with the band until their hiatus in 2016. The band was reformed in 2017 with Fallon Vendetta, however she would too leave in 2018. The band would operate as a solo project for Vanity until April 2019, when the bands music was pulled from Spotify. Although one final album, Hollywood Death Star, would release, the Blood On The Dance Floor name was finally put to rest, in exchange for the moniker Kawaii Monster, in 2019.
Sites:
enjoydeath.net, thedarkartsofficial.com, Facebook, Twitter, instagram.com
Members:
Chris Mongillo, Dahvie Vanity, Fallon Vendetta, Garrett Ecstasy, James Egbert, Jayy Von, Nick Nasty, Rebecca Fugate, Rusty Wilmot
Variations:
Viewing All | Blood On The Dance Floor
Blood On The Dancefloor

Bands by insec404
Best artists ever, in the history of everything by bungler666
Terrible Bands/Artists by USBM
View More Lists →