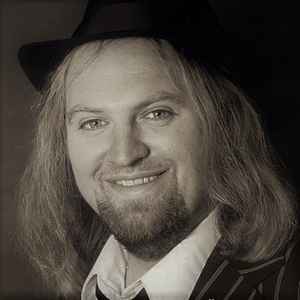 Real Name:
Alexander Minto Hughes
Profile:
English reggae and ska musician, born 2 May 1945 in Kent, England, UK and died 13 March 1998 on stage during a concert in Canterbury, England, suffering a heart attack. He was the first white musician to score a reggae chart hit in Jamaica and is especially famous for his humorous sexually explicit lyrics. He holds a record in the Guinness Book of World Records as the artist with the most songs banned from BBC airplay. He notably lived in Snodland, Kent where he once changed the street sign to Dreadland.
Judge Dread once was a Rolling Stones roadie and the only white musician ever to be intentionally (!) invited to play at the famous Apollo Club (N.Y.).
Sites:
Wikipedia
Aliases:
Alex Hughes, Jamie Kent, Jason Sinclair, Joe Dread, Rockers Express
In Groups:
Disco Aid, Judge Dread & The Originals
Variations:
Viewing All | Judge Dread
Dread, Huges, J.D. Alex, Joe Dread, Judge Bridge, Judge Dred, Judge Dredd, Jux Dread

I READ IN A COMMENT THAT HE WASN'T VERY GOOD AT PLAYING REGGAE MUSIC, WELL THAT'S UNLESS YOU SEEN HIM LIVE ;-) HIS STAGE SHOWS WERE A NIGHT TO REMEMBER AND EVERYONE WENT HOME SINGING HIS SONGS AS LOUD AS THEY COULD WHILE STAGGERING ALONG ALONG THE HIGH STREET LOOKING FOR BIN TO PUKE IN, OR ON THE NIGHT-BUS OR PERHAPS WAITING FOR A KEBAB AT THE TASTY TURK IN WHITLEY-BAY, EVEN IF THEY WERE GOING POSH AND HAVING A SIT-DOWN AT THE INDIANS (TAKDAR, NEXT TO THE ROYAL) THEY WOULD BE SINGING "ITS SIX OCLOCK AND IT'S UP WITH THE . . . ." (YOU GET THE IDEA) HIS RECORD SALES HAD TO PAY FOR HIS BAND AND CREW ALL OF WHICH GOT EQUAL SHARES IN ALL THE TAKINGS, FROM THE DRUMMER TO THE P/A & LIGHTING TO GENERAL DOGS BODY (ROADY) INCLUDING HIMSELF, THEY ALL GOT THE SAME PAY, HIS BAND AND CREW WERE LOYAL TO HIM AND LIKE HIS WAY OF DOING THINGS, HE WASN'T THE BEST MUSICIAN IN THE WORLD AND HE KNEW IT BUT HIS BAND WAS VERY GOOD AT PLAYING "WHITE REGGAE" AND ON STAGE AT THE RIGHT TIME AND PLACE WITH THE RIGHT AUDIENCE THEY WERE THE DOGS BOLLOX. HE DIED ON STAGE DOING WHAT HE LOVED DOING, SINGING SKA, HAVING A GOOD LAUGH, HE HAD A FEW BEERS AND A SPLIFF BEFORE GOING ON STAGE, WHAT A WAY TO GO, HE WOULD HAVE PLANNED IT THAT WAY IF HE HAD A CHOICE, HE HAD SAID IN THE PAST THAT HE NEVER HAD A SINGLE DAY OF SADNESS IN HIS LIFE, HE LIVED LIFE TO THE FULL, HE LOVED SKA & REGGAE MUSIC AND WAS THE ONLY WHITE ARTIST TO APPEAR AT SEVERAL BLACK ONLY VENUES IN THE U.S.A. AND JAMAICA WHERE REGGAE WAS TAKEN VERY SERIOUSLY. A TRUE MARK OF RESPECT TO HIM FROM THE REGGAE COMMUNITY, THE ONLY NONE BLACK TO ACHIEVE THAT EVER,

"I've never been unhappy. It's not about fame or money, it's about getting the most out of life..."
Judge Dread, 1997

April 24, 2017
I never understand why Judge Dread is accepted as a serious reggae and ska artist, his work is little more than Black Lace with a reggae beat, little more than easy listening with a touch of smut.
See 3 replies