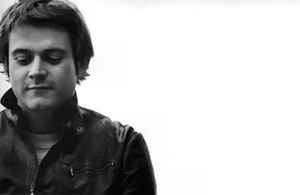 Real Name:
Luke Wilson
Profile:
Drum & Bass artist from Barnet, North London. Started DJing and producing under the tutelage of Alex Reece in the '90s.Luke Wilson AKA Utah Jazz, is one of the original liquid funksters. He started mixing Drum & Bass whilst still at school, inspired by LTJ Bukem & Alex Reece and his DJ career soon blossomed - randomly adopting the name 'Utah Jazz' from the US Basketball team to showcase his preference for the mid 90s 'Jazz-Jungle' sound.

In 2008, his debut album 'It's A Jazz Thing' was released worldwide to both commercial and critical acclaim - cementing Utah Jazz's position as one of the major cross-over D&B artists this side of the millennium. Pipped at the post by worthy winners Chase & Status, 'It's A Jazz Thing' was also the 2nd highest placed Drum & Bass album in Mixmag's famous 2008 Top 50 poll, with Pendulum coming in 3rd.

Released through Bryan G's seminal V Recordings camp (the first home of Roni Size & DJ Marky) with radio and club support from the likes of Trevor Nelson, Zane Lowe, Annie Mac, LTJ Bukem, Fabio, Andy C, Goldie and Gilles Peterson - the global impact of 'It's A Jazz Thing' has also now made Utah Jazz one of the most in demand selectors on the international D&B circuit.