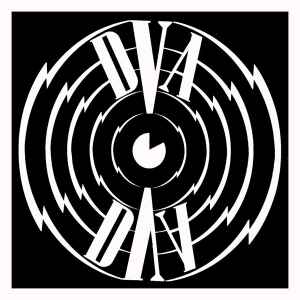 In 1981, David J Hammond left and guitarist Paul Widger joined in 1980. The following album, "Thirst," was produced by Psychic TV producer Ken Thomas and released through the independent record label Fetish (and was cited, by the NME Journalist Paul Morley, as one of the great albums of the 80's alongside Joy Division's "Unknown Pleasures" and The Fall's "Dragnet".) After "Thirst", Newton & Turner decided to take Clock DVA into another direction and parted company with Qual, Collins and Widger, who consequently formed the short lived group The Box. Tragedy struck later with the death of co-founder Steven James Turner. By 1983, with Newton as the only remaining original member, replacements had been found in John Valentine Carruthers (guitar), Paul Browse (saxophone), Dean Dennis (bass) and Nick Sanderson (drums). A brace of singles then preceded "Advantage", their first album for Polydor Records. The following year Carruthers and Sanderson departed, leaving Clock DVA to continue as a trio. Although it would be five years before another Clock DVA album, Newton remained busy with his audio visual conceptual project The Anti Group (TAGC) which researched and developed ambisonics and psychoacoustics through experimental uses of frequencies and ambient acousmatic sound pieces, alongside visual and conceptual text pieces.
The album, "The Delivery" (a soundtrack album for a TAGC 16 mm film,) a series of recordings including "Documents" and the acclaimed ambisonic album "Digitaria" and the pioneering "Meontological Research Recordings" were released, as well as the soundtrack to "Burning Water", a 25 min TAGC film.
In 1988 "Buried Dreams" was recorded utilising the first digital sampling synthesisers and computer sequencing which Newton had been experimenting with in TAGC, released in 1989 by Interfisch, and often hailed as the group's masterpiece. By the time of 1991's "Transitional Voices", Browse had been replaced by Robert E. Baker, of TAGC. The departure of Dennis after the completion of "Man Amplified" and "Digital Soundtracks" in 1992 left the remaining duo of Newton and Baker to record "Sign", released on the Italian Record Label Contempo.

August 17, 2018
Anybody know what is going on regarding orders placed for CDs or Records via the armcomm website?
The armcomm site now appears to be ‘hacked’
See 2 replies