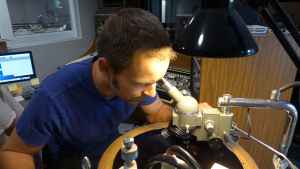 Profile:
Wes started working at Nashville Record Productions in 2006 and learned disc cutting from George Ingram. Since that time, he has worked on many reissue projects from Sony to Sundazed and has mastered the majority of Third Man Records catalog.