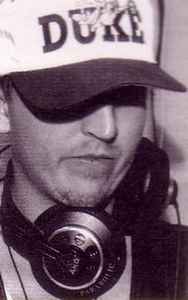 Real Name:
Ken Duke
Profile:
After years of DJ’ing around the world and having residency in many of NYC’s biggest and best clubs, Starting in the mid 80s with a few demos, of some which were released like his breakbeat mix released under Big Apple Productions III, Duke soon visited one of NYC's prominent house labels that were interested in his demo, but after a few requests to change the music, Duke decided to stick with his own creative vision and start his own label, which eventually became Power Music. A second demo track (Moon Over Egypt) had interest from another very big and prominent label in NYC. However, prior to signing a very lengthy contract, Duke again decided to pursue his own creative path into the music industry. Moon Over Egypt became the 2nd official Power Music release in 1992 (excluding the one-off track released in 1990 with Fantasy).

July 27, 2020
There seems to be a resurgence of Duke records being released again. It's always nice to see some of the old school heads still doing their thing. I've recently discovered some of the labels I didn't know were part of the Power Music family. A lot of little gems in there. Mad respect!

So under-appreciated outside the heart of New York City. Duke was an unstoppable force in the 90´s and he still is doing what he does.
Nothing but respect to his work. I have yet to dig for more treasures from him.

Ken Duke is definitely one of these guys whose productions I always return to, maybe he's a "leveled up" 90s version of Began Cekic doing quasi-covers of other well-known cuts. My introduction to him was bloody Blow Your Whistle and I really loved that one, but following his playlists and family of labels got me more into Chicago Acid and Wild Pitch (a la Pierre, not the party). He was active in the NY downtown scene in the 80s and 90s and I guess he's peripherally on the scene (with a some circa 2014/2015 remix work) and in LA now. He's got a musicality of his own, though I think it gets overlooked due to origins sourced from other productions. I think my favorite of his clear derivatives is D2-D2. A favorite remix is the Pink Mix of Mood II Swing - Call Me, which really sounds like his own production.

I've wondered if his narrative or demographic didn't quite get him the notoriety of other folks producing underground house during the same area (white Scandinavian guy hanging with breaking crews, you ain't house?), or perhaps he just got bucketed as someone doing "covers."

For the House nerds, he's definitely someone to check on.

An unsung hero of 90's house. Some have yet to catch on to how dope some of Dukes releases are. His work is up there with the best of them. Duke along with Murk, Mk, Mood II Swing and others were also responsible for keeping house music alive and exciting for the younger generation of club kids during a time when their awareness could have easily gone towards the harder assortment of rave music.