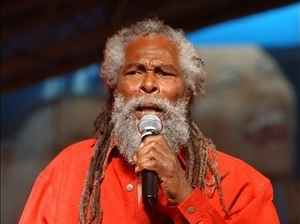 Real Name:
Keith Ainsley Anderson
Profile:
Jamaican singer, songwriter and producer (born 28 October 1944, Kingston, Jamaica – died 27 March 2020, Kingston, Jamaica). He began his career with the group The Blinders formed with his childhood friend Tyrone Evans. After some line-up changes including the integration of John Holt, The Blinders became The Paragons but Bob Andy left the group in 1965 and then recorded for Studio One as a solo artist in 1966 the smash hit “I’ve Got to Go Back Home”, a song which has become a much-loved anthem for Jamaicans and as a songwriter for artists like Ken Boothe, Delroy Wilson or Marcia Griffiths. The couple formed with Griffiths got some success as Bob & Marcia. Their 1970 recording of Nina Simone's 'Young, Gifted and Black', sold 500,000 copies in the UK and Europe.

In the mid-seventies he was Tropical Soundtracs label's A&R manager and served as one of the prime movers in attempt to establish a Caribbean Copyright Organisation.

From 1978 to 1983 Bob Andy took a five year break from the music scene as he became increasingly involved in acting. He took roles in several theatre productions, and in 1979 starred in the Jamaican feature film 'Children Of Babylon'.

In November 1987, Bob assumed the post of A&R and Promotions Director for Tuff Gong (the group of companies founded by Bob Marley). Rockers Magazine honoured Bob with a Lifetime Achievement Award in Kingston in 1989, as did the Canadian Reggae Music Awards in Toronto in 1991. In 1997 he was named as one of the music’s “Living Legends” at the Reggae/Soca Awards in Miami and was presented with a Lifetime Achievement Award by the 1999 Bob Marley Day Festival in Southern California. He received the Prime Minister’s Award for Excellence in Jamaica in 2003.
Sites:
bobandy.com, Wikipedia
Aliases:
Keith Anderson (4)
Variations:
Viewing All | Bob Andy
Andi, Andy, B Andy, B. Andy, B.Andy, Bob, Bob Anderson, Bob Andy (K Anderson), Bob Andy (K. Anderson), Bob Anely, Bobby Andy, K. Anderson, Keith Anderson (4), R. Anderson, Боб Энди