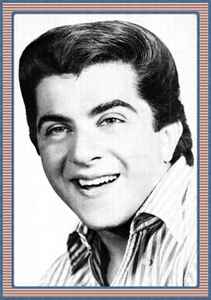 Martin worked with Johnny Power in the late 1950s, recording as Johnny & the Jokers and together launching the label Rome Records, active from 1960 to 1962. The label signed the groups The Earls, Del & the Escorts, and The Glens. On many of these recordings, Martin played all of the backing instruments, overdubbing them track by track.[1] Martin also released some solo material, including the 1962 hit "That Stranger Used to Be My Girl", a #28 hit on the Billboard Hot 100 in 1962.[2] He released several further singles on Roulette Records and other labels in the 1960s and an LP entitled Let Me Touch You on Buddah Records in 1972.