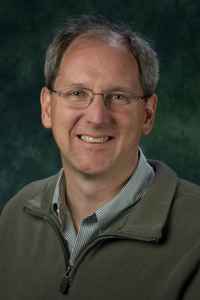 Profile:
Jon Christopher Nelson (b. 1960) is an American composer and music educator, Professor of Composition and Computer Music and Associate Dean for Operations at the University Of North Texas' College of Music, and a president of Consortium to Distribute Computer Music (CDCM). He graduated magna cum laude from Bethel College in St. Paul, Minnesota and received B.A. degree in music/music education in 1982. Nelson continued his studies at the Brandeis University, earning M.F.A. (1988) and Ph.D. (1991) degrees in music composition and theory. He also studied digital audio processing and computer music with Barry Vercoe and worked as a technical consultant for Mario Davidovsky, Jean-Claude Risset, and Morton Subotnick at the MIT Media Lab.

His electroacoustic compositions had been performed throughout the United States, Europe, Asia, and South America. Such ensembles as the New World Symphony Orchestra, The Memphis Symphony, the Brazos Valley Symphony Orchestra, and ALEA III gave concerts of Nelson's acoustic music.

At North Texas, Nelson led the Center For Experimental Music And Intermedia, University Of North Texas, Denton (CEMI). Under his direction, CEMI was redesigned and equipped with flexible, multi-purpose Macintosh-based computer workstations. After becoming a Dean of Operations for the UNT College of Music in 1999, Nelson passed the directorship to Joseph Rovan; Jon served as a Director of CEMI again in 2004–05.

Nelson spent two years in residence in Sweden at Elektronmusikstudion and Visby International Centre For Composers, as well as IMEB in France. He also acted as a president of the League of Composers/ISCM' Boston Chapter (1988–89) and Society for Electro-Acoustic Music in the US (SEAMUS) from 2000 until 2004. Throughout his career, Nelson had been honored with many awards including fellowships from the Solomon R. Guggenheim Foundation and the National Endowment For The Arts, the Fulbright Commission, Euphonies d'Or, Luigi Russolo Prize, and Americas Regional Award from the International Computer Music Association.
Sites:
jcnelson.music.unt.edu, music.unt.edu, asymmetrymusicmagazine.com
Variations:
Viewing All | Jon Christopher Nelson
Jon Christopher