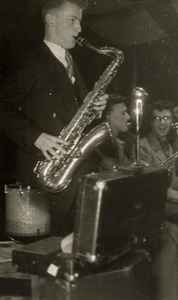 Don Richardson, a youthful prodigy on the saxophone, became a leading musical arranger in the 1960's and wrote the scores for a string of hit records by pop stars such as Shane, Allison Durbin, Craig Scott and Mr Lee Grant. In 1969, three of the ten songs in the Loxene Golden Disc Awards – New Zealand’s Grammys – were Richardson’s work.

His ensembles appeared under a variety of names – the Don Richardson Strings, the Don Richardson Orchestra – and featured a floating roster of players, many of them members of the New Zealand Symphony Orchestra. He was bandleader at the Majestic Cabaret until the early 1970's. He continued to record for Radio New Zealand until the 1990s, often with Marise (whom he married in 1968) doing the vocals.