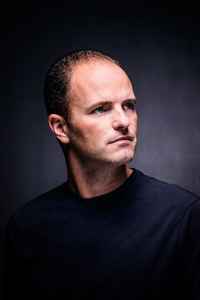 Real Name:
Sebastian Hoff
Profile:
Sebastian Hoff, also known as Promo, was born on April 12 1976 and started DJing in 1992. Because he didn’t have a resident club, he organized his own events in local clubs. Because of this, he came in contact with well-known names in the hardcore scene.

At the age of 19, Sebastian produced his first track under the alias Section-8 together with The Prophet that became a hit thanks to the release on Thunderdome IX (The Revenge Of The Mummy). His success continued when he produced a remix of the song “Don't Speak”, which was called “Shut Up!” and was released on the same record (Shut Up! / Born Whappie!) as Buzz Fuzz's remix of “Born Slippy” titled “Born Whappie!”

Although it was a success, he wasn't too keen on that particular style. The gabber of the mid-90s was too happy and he missed the strong and raw sound, which was (in his opinion) the true way hardcore should sound. In 1996 Sebastian – already known as the infamous DJ Promo – was contracted by ID&T. Under the ID&T label Sebastian produced over 80 tracks and his new sound was loved by hardcore fans more and more.

In 2000 he decided to leave ID&T so he could do what he had in mind: experiment with the sound of hardcore – without restrictions of any record company – until he would find what he had been looking for. Together by his colleagues from ID&T – DJ X-Ess and Catscan – The Third Movement label was brought into life. This was another step towards the direction he wanted to go. His first releases on his own new label sounded like statements against ID&T: Running Against The Rules and My Recipe For Disaster even feature a spoken message called “Move Forward”. Because of DJ X-Ess and Catscan leaving The Third Movement in 2004 to start their own label, Promo was left as the man-in-charge of The Third Movement. There he succeeded in what he had dreamt of: creating his own style and sound, and giving new names the same opportunity. Artist like D-Passion, Peaky Pounder, Tommy Pulse and an old colleague Dana were given the chance to develop their own styles respectively. Sebastian’s sound is still changing and it will keep on changing for a long time to come.
Sites:
djpromo.nl
Aliases:
2 Hard Motherfuckers, Brian Acardy, Cheeseburger With Bacon XXL, Gabba Claus, Green Label, Hardcore Brothers, Ho-Banger, Innerdrive, Malebolgia, Pimps In Garderbelts, Rude Awakening, Sebas, Sebastian Hoff, The Extremist (2), Unknown (2)
Variations:
Viewing All | Promo
D.J. Promo, D.J.Promo, DJ Pomo, DJ Promo, DJ.Promo, Dj Promo, Prome

November 14, 2021
I love Promo's productions. Some exceptions aside, the level of quality is super high. He has made so much music and many of his tracks are so freaking good and touch a nerve in some way. I honestly can't say which one is the best for me because there are too many and it also depends on my mood. But he seems to have written music for all moods from euphoric to depressed. I can easily come up with a random list of 20+ tracks I absolute love, like: King Of Pain, Beat Ya Brain, Kill Tha Noise, Let The Bass Boom, Cheating Bitch, Hurricane Brain, Dancefloor Hardcore, Up Yours, Different Breed Of Men, I Come Correct, Fuck The Rumours, The Industry Can't Stop Me, Pressure On The Fakes, Escape From The Hostile, Among The Best, The Tablet, My Beating Drum, Open, So Sick, Tester Of The Hard Shit, Spineless, Brutal, Doing My Thing, Back Thru Da Past, Rebel On Another Level, Airwalker. The list goes on, but you get the point. Sometimes tracks I disliked for years start to grow on me slowly, after which I don't quite understand what I didn't like about it earlier. And I still sometimes discover tracks I haven't heard (or haven't given much attention to) before.
The music on his Stijlloos album is also very good. Didn't expect that at all.
Reply Notify me 1 Helpful

When "Last Men Standing" came out, February 2001, Promo was only 24 years old, and already 9 years active in the scene. All 16 tracks are stunning. And have had great impact on the rebirth of hardcore and development of the scene. There are many more examples that show his talent and contribution to the scene, however I think this solo-album is a real milestone. I'm happy that I bought it when it came out. True Tones!

March 19, 2008
DJ Promo is the single person who has kept hardcore evolving for the last ten years. In the beginning he was known to be a bit of a pain in the ass, because he always came up for his oppinion about other hardcore producers. He soon made all his collegues silent with unbelievable good tracks like "Can't Hold Me Down". This earned him his own label at ID&T Recors where he kept on going with hits like "Dancefloor Hardcore".
Not too many people are aware that Sebastian is also the man behind Brian Acardy ("Let Da Bass Boom") and Hardcore Brothers ("My Shit Is Raw").
When ID&T decided to drop a lot of it's hardcore labels Sebastian founded The Third Movement with DJ X-Ess, or Martijn Mobron. Today, TTM is possibly the most important hardcore record company in business! Again, Sebastian produced floorkilling tracks like "Life From The Other Side".
Together with DJ Paul he made an outstanding 12" with the fantastic "Enemies 4 Life" track on Paul's Offensive Label.
To sum everything up: DJ Promo is the most important hardcore producer of the 21st century so far!
Reply  See 1 reply Notify me 9 Helpful