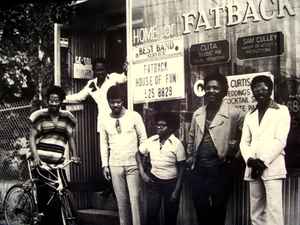 November 12, 2020
Not only does FATBACK hold the title of releasing the very first rap record ("King Tim III"), but they were able to seamlessly go between funk, disco, & soul with equally convincing results.
Drummer/vocalist Bill Curtis is the mastermind of this band, but Keyboardist Gerry Thomas is crucial to their sound/feel.
See 1 reply