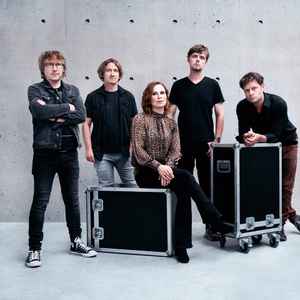 Profile:
The Gathering is a Dutch alternative rock band founded in 1989. The Gathering earliest releases were categorized as atmospheric death/doom metal, inspired by such underground acts like Celtic Frost and Hellhammer. The addition of vocalist Anneke van Giersbergen in 1994 marked an evolution in The Gathering's musical style, with the group acknowledging the growing influence of shoegaze, post rock, experimental rock and the more ethereal sounds of 4AD label bands, such as Dead Can Dance, Cocteau Twins, as well as Pink Floyd and Massive Attack; they expanded their sound, which acquired characteristics of progressive, alternative, and trip rock and gained success and recognition beyond the European borders. The group continue to expand upon the experimental nature of their music.

In August 2007 Anneke van Giersbergen left the group to focus on her solo project Agua de Annique. On 12 March 2009, The Gathering announced that their replacement vocalist was Silje Wergeland (ex-Octavia Sperati). Album Afterwords, was released in 2013, on October 25th.

Besides the discography of The Gathering there are some notable collaborations and sideprojects: