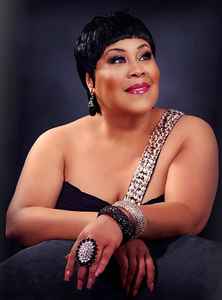 Real Name:
Martha Elaine Wash
Profile:
The Queen of Clubland. She began her career as a backing vocalist for Sylvester. Later on, she was part of Two Tons O' Fun and later The Weather Girls before embarking on a solo career. Born San Francisco, California 1953.

In 1989, Wash was asked by Italian act Black Box record and demo their songs. Black Box eventually retained Wash's vocals on demo and released them on their debut album Dreamland (1990). The album spawned success singles "I Don't Know Anybody Else", "Everybody Everybody", "Strike It Up", and "Fantasy"; all of which have featured uncredited vocals by Wash. Wash ultimately sued Black Box and won her case. As a result, Black Box re-issued their album and gave Wash sleeve credits. In the same year, C + C Music Factory released their debut single "Gonna Make You Sweat (Everybody Dance Now)". The song used an edited compilation of vocal parts that Wash recorded in June 1990 for an unrelated demo tape. The song, which featured Wash's uncredited vocals on the chorus, became an international hit and sold over a million copies worldwide. Wash successfully sued the group for sleeve credits in 1991.