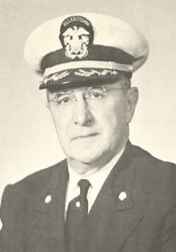 Meyers is best-known for his work as the director of The Allentown Band from 1926-1976. He served as cornet soloist with John Philip Sousa and his band in 1925, as well as other conductors such as Allesandro Liberati, Arthur Pryor, and Patrick Conway (2). After working with Sousa, Meyers returned to direct the Allentown Band. He had many honors conferred upon him and was guest conductor for the U.S. Marine Band, U.S. Navy Band, The Goldman Band, The Armco Band (of Middletown, OH), The Philco Band, and many others. In 1974, the Eighth Street Bridge in Allentown was formally renamed the Albertus L. Meyers Bridge.
Sites:
allentownband.com, Wikipedia, Wikipedia, books.google.com
In Groups:
The Allentown Band
Variations:
Viewing All | Albertus L. Meyers
Albertus Meyers, Bert Meyers, Meyers