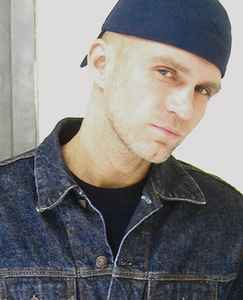 Real Name:
Peter Rauhofer
Profile:
One of the most popular aliases of Peter Rauhofer in the 1990's.
At first, Rauhofer used different aliases to release his music. 'Unique' (1991) was first released under the names Danube Dance ( a name he took from a compilation project of the same name released on GiG Records), Unique (16) and Saxmachine. These projects all featured the vocals of Kim Cooper.
In 1992, a remix of 'Unique' and the single 'Let Me Be Your Underwear' gained attention in Europe and in North America. Both tracks became club hits.
Rauhofer worked with Georg O. Luksch since 1987 remixing various projects, but these two tracks pushed the musical group he founded in 1991 with Georg O. Luksch internationally. A year later, Rauhofer continued the success with 'Take A Ride' featuring the vocal talents of Connie Harvey and Jocelyn Brown.
The first album, 'Adults Only,' featured all the previous hits and many new singles such as 'Diva', 'Warm Leatherette' (a House cover of the Grace Jones disco hit), 'Sugar Pie Guy' and 'Fantasy'.
Club 69 came back in 1997 with the single 'Drama' and full album 'Style', which also included a collaboration with Suzanne Palmer.
Rauhofer and Luksch also used the Club 69 name as remix producers and became famous by remixing popular artists such as Madonna, Cher, Funky Green Dogs, Danny Tenaglia, Depeche Mode, Soft Cell and many others. The series 'Club 69 Future Mix' went on to be released on two full mixed albums.
In recent years, Rauhofer seems to have moved on from the 'Club 69' brand to release tracks and remixes under the dj-trademark of his own name.
'Unique' was covered by Lisa Unique in 1999.